If you don’t like to laugh, you should never come to a Tongue-in-Creek Band show.

The Tongue-in-Creek Band is a first rate classic bluegrass and country band with a twist. Think Weird Al Yankovic meets The Grand Ol’ Opry, and you have a pretty good idea what this band is all about.

It’s often said that comedy is born out of pain. For the founder/ creator/ upright bassist of the Tongue-in-Creek Band, Lynn Shipley Sokolow, it was more frustration that got the ball rolling.

“I can’t write music to save my life,” she laments, “but lyrics? That’s a whole other story. I can’t stop writing them!”

Lynn got the idea to do a parody band from a comment her husband, Fred Sokolow, (world renowned multi string player and author),  made while speaking about the Bluegrass standard: “I Wonder Where You Are Tonight.” Fred mentioned that the song is often  jokingly referred to as “I’ll Wear Your Underwear Tonight”. Well Lynn took that, and ran with it. She not only wrote an entire song called “I’ll Wear Your Underwear Tonight”, she wrote 12 more parody songs based on classic bluegrass and country standards. (i.e. Man of Constant Borrow, On The Boat Again, Will the Girdle Be Unbroken, Keep on the Funny Side, Those Mammaries,  to name a few). 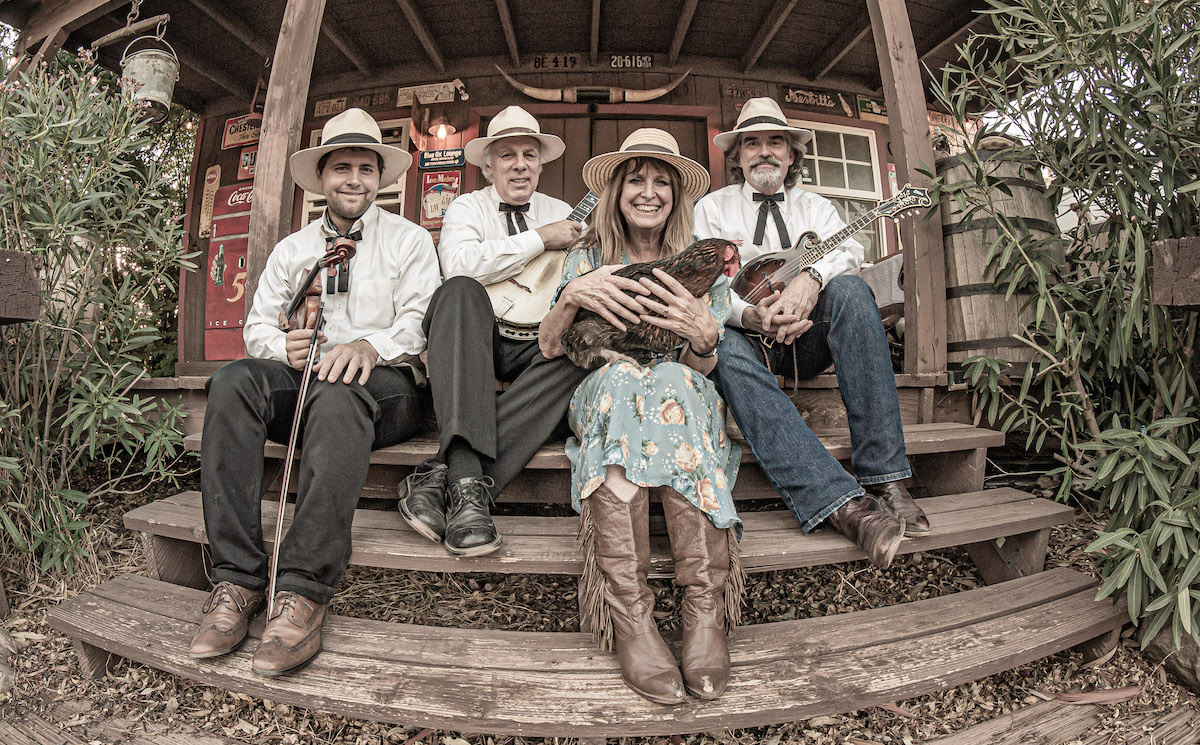 With help from  her husband, as well as her fellow bandmates, Bill Birrell, Alexander Martin, and Randall Sommer they recorded an EP and a narrative music video.

Soon after, The Tongue-in Creek Band secured their debut performance at the legendary McCabes  Guitar Shop in Santa Monica. The performance was a resounding success, and they quickly followed up with a sold out show at another So Cal landmark venue, The Coffee Gallery Backstage.

Lynn, who is also an RN,  has seen a lot of misery.

“I have always found laughter to be the best medicine of all,” she says, “And with this band, there’s a healthy dose of silly parody to salve the aching soul”.

The Tongue-in Creek band describe themselves as uncouth, uncensored and unashamed. The outcome is a bluegrass and country act laced with comedy banter that is as entertaining as it gets.